Lismore Symphony Orchestra presents beautiful masterpieces of music that have stood the test of time. Featuring Beethoven’s Symphony #7, this concert is not to be missed.

Lismore Symphony Orchestra presents beautiful masterpieces of music that have stood the test of time. Featuring Beethoven’s Symphony #7, this concert is not to be missed. 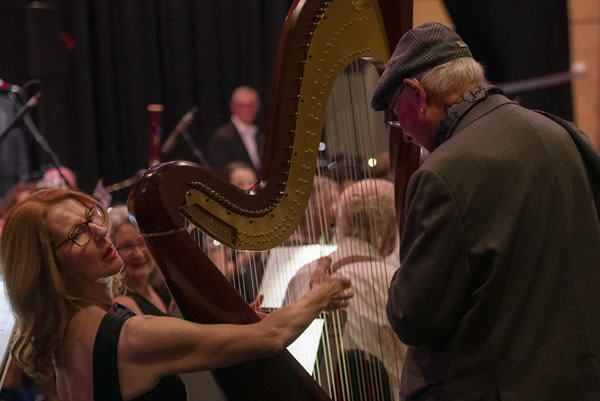 Originally premiered by the Tasmanian Symphony Orchestra in 2013, Dance of the Paper Umbrellas was composed as part of an initiative of the Hush Foundation. The aim of this initiative was to reduce stress and anxiety felt by young patients and families visiting the Royal Children’s Hospital in Melbourne.  Kats-Chernin herself states that she imagines “a cake adorned with multi-coloured umbrellas”.

Legend has it that the iconic main theme of Bolero was conjured up by Ravel while on holiday. It was initially intended to be a simple ballet score for Russian dancer and friend Ida Rubinstein but has subsequently ended up as one of his most well-known works. Can you count how many times the theme is repeated?

If you listen closely, this groovy piece by Australian composer Katy Abbott is essentially a reimagining of Three Blind Mice. Katy states that “The music is fast paced and ‘fun’ in nature yet it also alludes to the dark side of the text… I imagine the farmer’s wife, chasing mice around her kitchen with a large butcher’s knife!” (Courtesy of Australian Music Centre)

While Australian-born Grainger was an avid fan of folk songs, often integrating these into his compositions, Colonial Song is full of original countryside-inspired melodies. Colonial Song was originally written for piano as a gift for his mother, and has since been arranged for many configurations, including the version you’ll hear today for 3 solo strings, harp and orchestra.

Symphony No. 7 in A Major Op. 72
Ludwig van Beethoven

This symphony is perhaps one of the most well-known of Beethoven’s works, in fact Beethoven himself thought it to be one of his best compositions. It was completed in 1813 in time for a benefit concert for troops injured in the Battle of Hanau against Napoleon. The first movement begins with a long and slow introduction before bursting into a dance-like vivace. The second movement, Allegretto, has been featured many times in popular culture including in films like The King’s Speech. This movement was so popular at the symphony’s premiere that the audience demanded it be played twice. This is then followed by the third movement, a bright and bubbly scherzo interwoven with a trio based on an Austrian hymn. The finale is another energetic dance, this time in 2/4 meter, which rhythmically charges towards the end.

Traditionally played as an encore to Vienna Philharmonic New Year’s concerts, Radetzky March seems appropriate to be our encore for our final concert of 2022. The march was dedicated to a senior military officer by the name of Joseph Radetzky von Radetz. While intended to be a military march, it is certainly quite celebratory in nature.

Lismore Symphony Orchestra operates on Bundjalung country. We acknowledge the Bundjalung people as the traditional custodians of this land which we live, learn & work on.